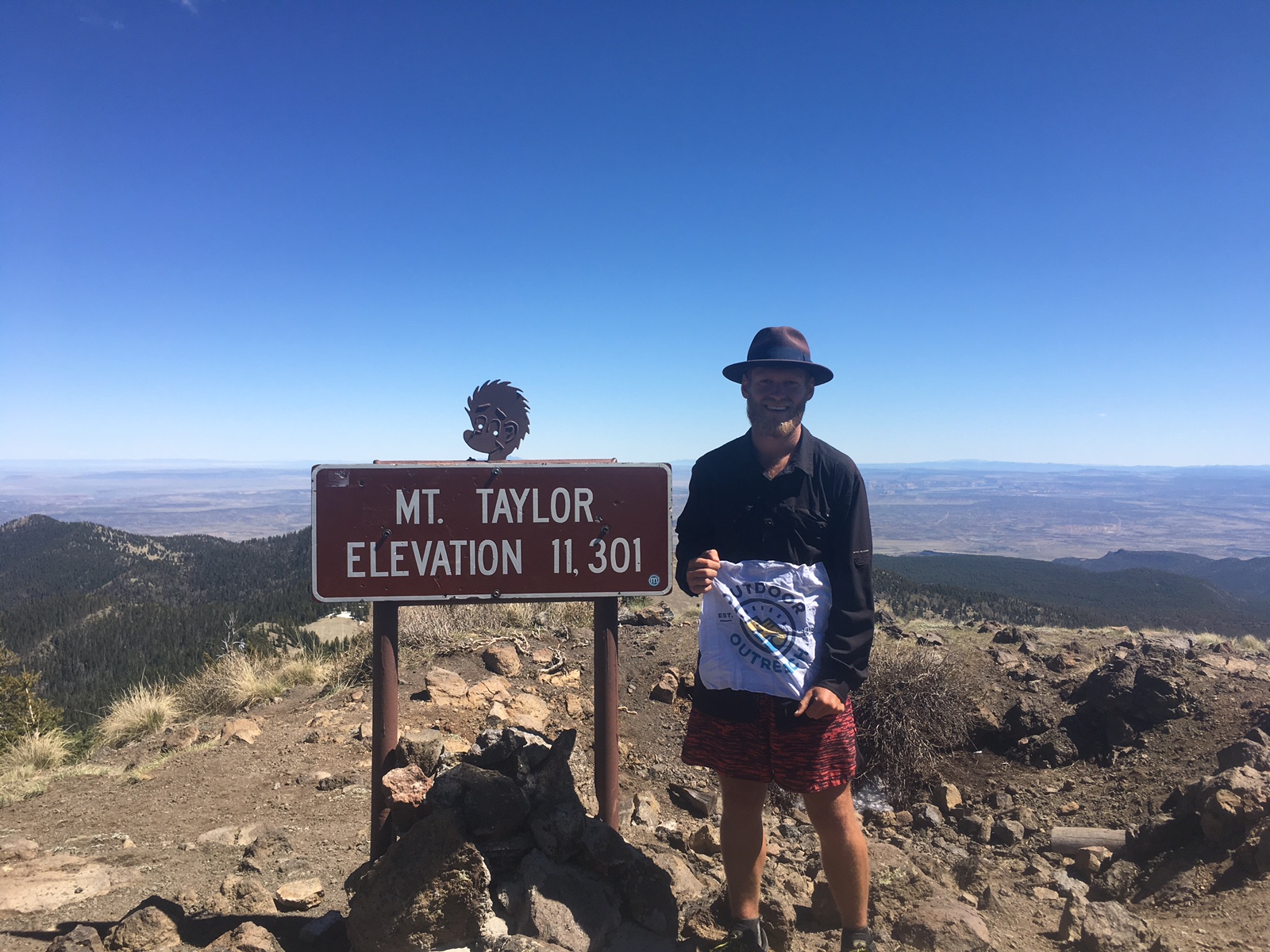 Michael Hervey is an adventurer, endurance runner and assistant instructor at Outdoor Outreach. Last year, he hiked 3,050 miles from the border of Mexico to Canada on the Continental Divide Trail (CDT). When it was all said and done, he had been on the trail for 4 months and 8 days.

We asked him a few questions about his time on the CDT, what he learned about himself, and what advice he has for others.

How did his passion for long distance hiking and running begin?

Mike was a high school rower at San Diego Rowing Club, but decided not to pursue rowing at the collegiate level. He entered his first endurance run at age 16, lying about his age. The only question he had at the end of the race was “Are there races that are longer?” Mike began tackling other long distance hikes and runs, including completing the Pacific Crest Trail (PCT) and the rim-to-rim-to-rim double crossing of the Grand Canyon.

What motivated him to thru-hike the CDT?

Mike’s pursuit of the CDT was a response to his time on the PCT, a life-changing experience that changed his perspective. Hiking the CDT was a way for him to get back in touch with trail life and resolve some of the questions that other thru-hikes had created for him. The CDT was even longer, tougher, and more remote than the PCT, and Mike was ready for the challenge.

Mike said that there’s only a visible trail about half the time, depending on what state you’re crossing through. New Mexico, for example, had sign posts but no real trails, while the trails in Colorado and Montana were much more developed. Wyoming, on the other hand, had only rock piles to designate the trail. Mike and his hiking partner used maps and compasses, but also had a GPS app on their smartphone. The tedium of walking on mile after mile of country roads alternated with periods of bushwhacking.

Was there a particularly challenging day or period on the trail?

For Mike, the daily challenges were the hardest, like navigating and carrying his backpack. Mike says, “It felt like you never got out of it.” You went to bed every night still dealing with the same things. And sometimes the challenges were much greater: Lightning, forest fires, quicksand, avalanche fields and creek crossings, just to name a few. Mike and his hiking partner were mentally worn out. A few nights, they got a hotel room in town just to be able to mentally relax.

Mike used his hike to fundraise for Outdoor Outreach – without which, he says, he would have quit many times. New Mexico was a particularly challenging section, due mostly to the cold. Through Colorado, they faced snow from border to border, dealing with wet feet the entire time. In Wyoming, the mosquitos in the Wind River Range were the worst Mike had ever seen.

What were some of the most inspiring moments he experienced on the trail?

For Mike, climbing Mt. Elbert – the second highest peak in the continental US – was a highlight. The sunrise at the peak is one of the more amazing he’d ever seen, and there were incredible views of the Rockies. The Red Desert and Great Basin were another favorite: For Mike, the featureless Red Desert made him feel as though he was walking across the surface of the ocean. Glacier National Park, in the final 4 – 5 days of the trip, also stood out for Mike. He was overwhelmed by the number of animals he spotted, from grizzlies to bighorn sheep, and mountain goats to eagles. Mike says, “It didn’t get easier, just more beautiful.

For Mike, the end wasn’t very inspiring: His journey ended in a parking lot. He reflects that while there is a lot of build up for the end, it’s everything that happens between the beginning and the end that you remember.

Did being on the trail give him a clearer picture of what he wanted for the future?

Hiking the CDT made Mike realize what was important to him. With so much variation in the nature all around him, Mike found that he ended up looking inward. He spent months evaluating himself: What he wanted and what he missed. It put him in touch with what he wanted in life.

When it came to his ability to endure, Mike learned that what you think you can do, you can do. And he learned that the quantity of experiences is not as important to him now as the quality of the experiences: Instead of seeing all 3,000 miles, 20 miles feels like enough. He feels the same way about settling down, getting engaged and pursuing a new career path – He’s ready to live his life.

What is his advice for those who want to spend some time on the trail?

“Don’t expect anything to go a certain way. You’re going to have things thrown at you that you never thought would happen. Don’t sweat the small stuff, and soak it up.”